In the latest episode of Motion Pictures, myself and my co-host Carl Sweeney discuss the ‘Legacyquel’, the idea proposed by Matt Singer in 2015 of what to call sequels which arrive years, sometimes decades, later – such as the recently released Bill and Ted Face the Music.

They look at many films which qualify for this bracket, including Star Wars, Star Trek and Terminator sequels, and wonder quite what their prevalence means for modern mainstream cinema. Plus! They discuss recent (as of September 2020) happenings in the Covid-era for cinema releases.

END_OF_DOCUMENT_TOKEN_TO_BE_REPLACED

So it has finally happened guys… I am a published author!

Myth-Building in Modern Media: The Role of the Mytharc in Imagined Worlds is finally now available to purchase via Amazon and all good bookshops. It won’t necessarily be on all shelves but you can order online. I’ll provide links at the bottom should you wish to be very kind and purchase. The paperback isn’t cheap but the price point is a bit more agreeable via Kindle, and I recommend asking your library to stock it so then you can read it for free. If you do spend your hard earned money on this, my eternal thanks. Please do let me know what you think too, ideally via an Amazon/Goodreads rating/review, or by messaging me via this blog or my social media pages. I’d love to hear what you make of it.

Here’s the blurb once again if you remain on the fence:

END_OF_DOCUMENT_TOKEN_TO_BE_REPLACED

You may have noticed that around a month or so ago, I said I was saying goodbye to WordPress for a site called Substack – some of you may well have followed me over there (thanks if you did).

It didn’t, however, quite work out. Substack is great. I was really impressed with the style and presentation of it, how easy it was to use, and how it facilitates what I want with my blog writing – contact and interaction with *you*, the reader. What it lacked, for me, was the sense of curation. It is designed more as a newsletter to communicate and interact, rather than a way to importantly store work online as a repository, which is what I prefer about WordPress. So, I’m back, and I’m going back to basics.

I’m going back to the original name – Cultural Conversation.

END_OF_DOCUMENT_TOKEN_TO_BE_REPLACED

Happy New Year (and decade) everyone!

Firstly, I’d like to thank each and every one of you who reads this blog when you get the chance. I’ve worked hard particularly in the last few months to keep content rolling on a daily basis and I appreciate any interactions I have with you, whether via likes on posts or comments or on social media. I hope for more of that in 2020 and to get to know many of you better, if I don’t know you already.

This blog has kind of become my central focus point over the last six months ever since I quit my role as co-founder/co-editor of Set The Tape in April. That was a really interesting almost 2 year project that taught me, primarily, that I am not an editor! I am a writer, for better or worse. I have enormous respect for anyone who edits copy and runs a website with multiple staffers and content daily because it is an all-consuming task with little financial reward that can end up quite the grind. It just wasn’t for me, in the end.

Ever since, I’ve been toying with what the future holds as we enter the 2020’s in terms of writing and podcasting and I thought I’d share my musings with you on this New Year’s Day.

END_OF_DOCUMENT_TOKEN_TO_BE_REPLACED 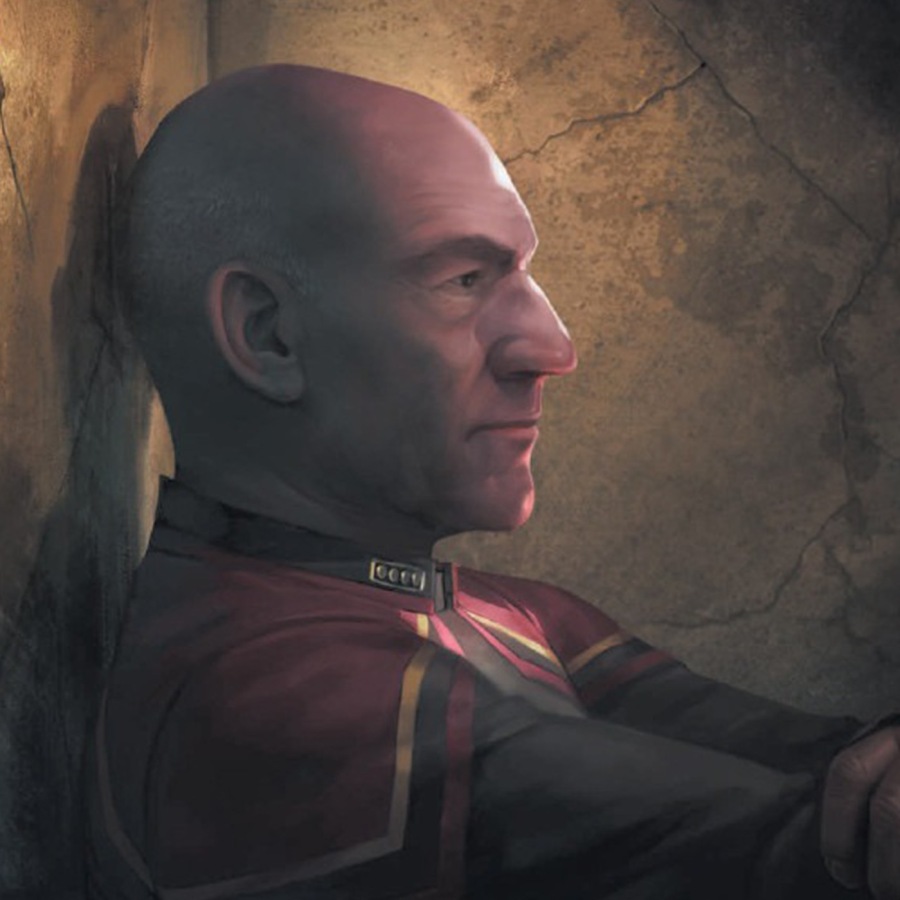 Hosted by myself alongside regular guests, Make It So: A Star Trek Picard Podcast is a series devoted to the upcoming CBS All Access series Star Trek: Picard, delving into each episode and exploring the show when on the air.

In this episode, I’m joined by The Time Is Now‘s Kurt North to discuss the newly released IDW Publishing comic Star Trek: Picard Countdown #2, the second in a three-part prequel comic series written by Mike Johnson & Kirsten Beyer which tells the story of Jean Luc-Picard’s time as an Admiral during the Romulan supernova crisis, almost 15 years before Star Trek: Picard.

END_OF_DOCUMENT_TOKEN_TO_BE_REPLACED

Every now and then I contribute to other websites writing about film, TV, media and sometimes comics, as in this piece for Pop Culture & Comics.

In this piece, I look at the second issue of Star Trek: Picard – Countdown, the new IDW Publishing tie-in comic which directly leads into the upcoming, much anticipated CBS All Access (or Amazon Prime) show launching in January.

Below is a sneak preview…

END_OF_DOCUMENT_TOKEN_TO_BE_REPLACED

As voted for on Twitter by followers, I will be analysing Star Trek II: The Wrath of Khan scene by scene in this multi-part exploration of Nicholas Meyer’s 1982 sequel…

What is the sequence in The Wrath of Khan that you most remember? Kirk’s bellow of KHAAAAAAANNNN!!!! in frustrated rage. The surprise attack on the Enterprise by the Reliant. What about the moment Chekov realises he is in the “Botany Bay… Botany Bay??!”? All of these are possibilities. Chances are, however, you’re imagining that fantastic last act.

Once Kirk, Bones, Saavik and the Marcus’s are back on the Enterprise, their ruse with Spock having duped Khan and the Reliant into believing their repair time is much longer than in reality, Nicholas Meyer plunges straight into the thrill ride of the so-called Battle of the Mutara Nebula, the gaseous cloud nearby the Regula moon where the Enterprise runs on empty, running low on power, as the Reliant closes in for the kill. It is one of the most exciting, well-staged and powerful action sequences in science-fiction cinema, the culmination of a psychological and theological conflict between Kirk and Khan, between Heaven and Hell, between virtuous Starfleet and a rebel force incompatible with Federation ideals. If the original Reliant ambush, as we previously discussed, draws from the World War 2 submarine thriller, the Battle of the Mutara Nebula entirely drinks from that well.

In any other film, it would be a battle that culminates with rousing victory, with Kirk vindicated and re-energised by the noble defeat in combat of his intractable, vengeful, psychotic enemy, but The Wrath of Khan understands for Kirk to reborn, he must face death.

END_OF_DOCUMENT_TOKEN_TO_BE_REPLACED

Hosted by myself alongside regular guests, Make It So: A Star Trek Picard Podcast is a series devoted to the upcoming CBS All Access series Star Trek: Picard, delving into each episode and exploring the show when on the air.

In this debut episode, I’m joined by The Time Is Now‘s Kurt North to discuss the newly released IDW Publishing comic Star Trek: Picard Countdown #1, the first in a three-part prequel comic series written by Mike Johnson & Kirsten Beyer which tells the story of Jean Luc-Picard’s time as an Admiral during the Romulan supernova crisis, almost 15 years before Star Trek: Picard.

END_OF_DOCUMENT_TOKEN_TO_BE_REPLACED

As voted for on Twitter by followers, I will be analysing Star Trek II: The Wrath of Khan scene by scene in this multi-part exploration of Nicholas Meyer’s 1982 sequel…

In a very real sense, the space battle that cuts right into the end of Act One, and roughly the mid-section, of The Wrath of Khan is the first true example in Star Trek of the kind of space combat we would witness in subsequent TV series and movies even up to the present day, as of writing, with the huge space combat sequence in Star Trek: Discovery’s Season Two finale.

The Wrath of Khan, as we have discussed, defined itself visually and formally on the British nautical structure, given Nicholas Meyer’s love of the Horatio Hornblower series. Yet before this, Gene Roddenberry’s Original Series had framed the Enterprise’s encounters with dangerous alien life forms often more as a camera-shaking face off as opposed to a true battle of wits.

James T. Kirk most often fought the bad guy in close quarter combat, as indeed he did Khan Noonien Singh in Space Seed, and the Enterprise rarely felt the consequences of space combat. The Wrath of Khan changed that when Meyer pitched the central encounter between the Enterprise and the hijacked USS Reliant as a World War Two submarine battle in space, particularly come the battle later in the Mutara Nebula. Their first skirmish ends up as an ambush, the lawless pirates taking on the nation-sailing frigate, and it’s one the Enterprise barely manages to escape from.

Crucially, Meyer ensures Kirk’s first encounter with Khan is not an anaemic one. As befits the overarching themes of loss and discovery, death and rebirth, the Reliant’s ambush takes its personal as well as metaphorical toll. People die. And for once, defying the classic Star Trek trope of the ‘redshirt’, we *feel* it.

END_OF_DOCUMENT_TOKEN_TO_BE_REPLACED

Even if you haven’t read Herman Melville’s 19th century novel, who doesn’t know the story of Moby Dick? Captain Ahab and his wooden leg obsessively hunting the titular white whale off the Cape of Good Hope. Moby Dick means all kinds of things to a great many people, in the case of this 1956 adaptation, film director John Huston.

Before this lavish Technicolor adaptation, Melville’s great American novel had only been committed to celluloid once, or sort of twice; John Barrymore starred in 1926 in The Sea Beast as Ahab, which was then remade with sound in 1930 as Moby Dick, as the silent film gave way to the pre-Code Hollywood age of talkies. Huston’s version was the first screen take on the source material to truly capture the scope and majesty of Melville’s tome, and no one since in over sixty years has really tried to better it, even if certain seafaring pictures have emulated it, or allegorically science-fiction—Star Trek in particular—has worked to capture the spirit of Moby Dick on a different canvas. Perhaps nobody has tried to match Huston’s version, co-written incidentally with legendary science-fiction author Ray Bradbury, even with more advanced effects and filming techniques, because it would be hard to do a better job.