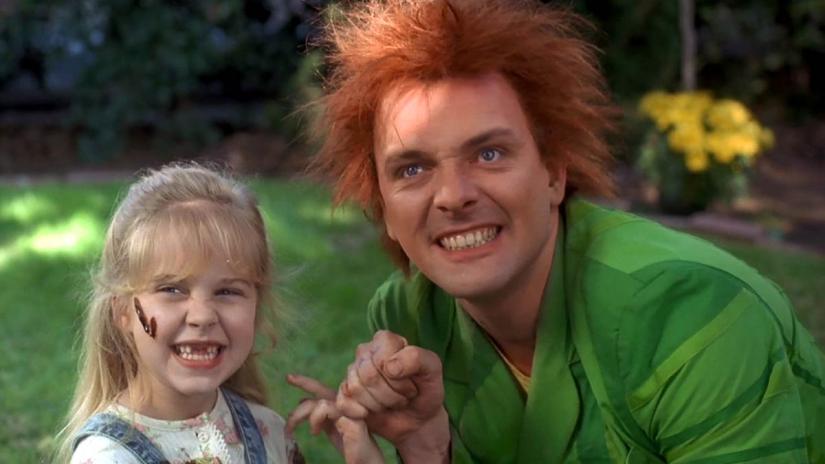 From 2012 onwards, before developing this blog, I wrote a multitude of reviews on the website Letterboxd. In this irregular series called From the Vault, I’m going to haul these earlier reviews out of mothballs and re-purpose them here.

This one is from June 9th, 2014, both my 32nd birthday and the day Rik Mayall passed away…

One of Working Title’s earliest hits outside of the UK was Drop Dead Fred, a movie that has slipped into cult obscurity as something of an unusual comic curio, chiefly thanks to the presence of the late Rik Mayall, who brings his finely honed sense of anarchic British comedy to what is otherwise a redoubtably American production.

Ate de Jong’s subsequent film is quite an odd beast when you boil it down, never quite successfully gelling on the one hand a quite zany, quite base, scatological, childish broad comedy, yet on the other a surprisingly psychological drama around Phoebe Cates’ girl who never truly grew up. It never quite knows what angle it wants to push more, so aims for both with equal veracity and it’s fair to say only Mayall makes it in any way worth the surprisingly baggy experience despite the fairly tight running time.

The crucial problem of course is that for a comedy, it’s not really very funny. You can guarantee a few laughs when Mayall’s titular Fred turns up–which thankfully is pretty regular once the wheels of plot start rolling–but de Jong’s script trades purely off Mayall’s schoolboy silliness that while always effective given the actor, feels very much at odds with what else the script is trying to do.