If one were to be slightly facetious, an alternate title for Ammonite might be Portrait of a (Cornish) Lady on Fire.

What rubbish! Mary Anning was from Dorset, I might hear you cry, and you would be correct. Francis Lee’s follow up feature to the low budget but hugely well-received God’s Own Country plays, however, in much the same wheelhouse as Celine Sciamma’s feminine potboiler which has taken the film world by storm over the last year (I need to give it a second watch as it left me powerfully indifferent). Comparisons between both films will be evident, as Lee’s semi-historical narrative dials into the lovely story between Kate Winslet’s brittle palaeontologist Anning and Saorise Ronan’s depressed city wife Charlotte Murchison – a scientist herself in real life but portrayed more for dramatic effect here as the spouse of a paleontology ‘tourist’ and wealthy boor.

Historical accuracy isn’t first and foremost the point of Ammonite.

END_OF_DOCUMENT_TOKEN_TO_BE_REPLACED 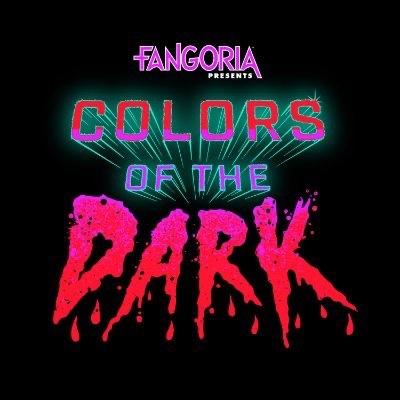 It was a fun show from largely the triumvirate of Dr. Rebekah McKendry, Elric Kane & Rob Galluzzo that explored all angles of the horror genre, replete with interviews from those in the business. Sadly, it seems to have been quietly abandoned following scandal for Fangoria during lockdown it is steadily working to overcome, including the actions of their owner Cinestate and accusations levelled at Galluzzo that has seen him quietly slink from the public space. Shock Waves appears to have been sacrificed at the altar of these issues and, subsequently, a new show has been forged from largely the same DNA – which brings us to Colors of the Dark.

With McKendry & Kane in tow, this could be named Shock Waves II. It feels, in many respects, a natural continuation of a similar format.

END_OF_DOCUMENT_TOKEN_TO_BE_REPLACED

Horrified is a new kid on the block but is producing some fine work in the realm of British horror, both in terms of analysis and original fiction, so I was delighted when the editor, Freddy, was keen on my pitch for a recurring series called ‘Horror in the Britcom’, unpicking the intersection between horror and comedy in British sitcoms…

For this second piece, I’m talking about an unexpected offering in the realm of horror, Only Fools and Horses…

END_OF_DOCUMENT_TOKEN_TO_BE_REPLACED

On one calm evening in 1964, in the heart of Miami, four men gathered who would, in their own way, influence not just black culture but 20th century American history.

One Night in Miami… is that story, the ellipsis at the end of the title in service of the urban fable that such a confluence suggests. This quartet reflect four quadrants of experience as the Civil Rights movement was gathering steam in counter-cultural America, each overlapping the other. Malcolm X (Kingsley Ben-Adir), founder of the Nation of Islam and black power scion; Cassius Clay (Eli Goree), the self-proclaimed greatest boxer there ever is, ever was or ever will be, on the verge of Muslim conversion; Jim Brown (Aldis Hodge), NFL linebacker and legend who has grown weary of his path; and Sam Cooke (Leslie Odom Jr), one of the greatest voices in soul who ever lived, currently trapped within a sphere of white middle-class appeasement he cannot escape.

Regina King’s debut feature is a contained night in the life; a reckoning between four black cultural and political titans heading in the same direction while treading very different roads to get there.

END_OF_DOCUMENT_TOKEN_TO_BE_REPLACED

In the latest episode of Motion Pictures, myself and my co-host Carl Sweeney respond to the recent seismic changes in the global cinema industry, chiefly the closure of over 500 Cineworld/Regal cinemas across the UK & the US.

We discuss how the delay of 007 film No Time to Die precipitated a change which some are decrying as ‘the death of cinema’, the knock on effect this will or might have going forward, and what the industry might look like on the other side of Covid-19…

END_OF_DOCUMENT_TOKEN_TO_BE_REPLACED

All through Shirley, it was hard to work out if the film was intentionally or unintentionally pretentious. The answer still eludes me.

Josephine Decker’s film, her follow up to 2018’s celebrated Madeline’s Madeline, and adapted from the novel of the same name by Susan Scarf Merrell, brews up passion and obsession within the smoky yet starch world of New England academia, as brilliant yet troubled author Shirley Jackson (a mesmeric Elizabeth Moss), at the behest of her blowhard professor husband Stanley Hymen (Michael Stuhlbarg), takes on newly married young couple Fred & Rosie Nemser (Logan Lerman & Odessa Young) to help with household chores, both unaware they’re being drawn into a somewhat twisted psychological battle between the married elites involving seduction and academic prowess.

Shirley, therefore, is a psychosexual, theatrical piece buoyed by the magnetism of Moss and Stuhlbarg’s powerfully loathsome performances, but sometimes at the expense of riveting drama.

END_OF_DOCUMENT_TOKEN_TO_BE_REPLACED

Picture the quiet, deliberately introverted set up. Set in the woodland wilderness of New Zealand, Kay (Emily Mortimer) and her daughter Sam (Bella Heathcote) respond to the disappearance of their family matriarch Edna (Robyn Nevin) from the home she lives in alone, an elderly lady suffering from dementia who has vanished out of nowhere. The eeriness begins as Edna, after Kay returns to a homestead she hasn’t visited in some time and reconnects with her past, suddenly reappears but begins to display strange behaviour that goes beyond her degenerative disease, connected perhaps to the dreams Kay is having of the withered corpse inside an old woodland shack. Is Edna becoming more than just a dying old woman?

Well… that would be telling. The clues are there, however, as Relic dials into creeping terror within the home, using quiet, pastoral surroundings to engage with dread. It doesn’t really do anything new with the material, but it often manages to work.

END_OF_DOCUMENT_TOKEN_TO_BE_REPLACED

It’s my intention to start writing a little more for other websites alongside the blog here, and I penned a piece last year for Battle Royale With Cheese, who were kind enough to publish an opinion piece on the disappointing news that Cineworld are closing all of their U.K. cinemas for the foreseeable future and laying off staff. 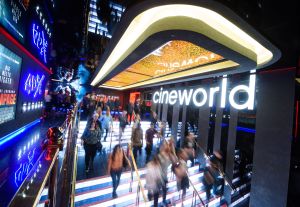 END_OF_DOCUMENT_TOKEN_TO_BE_REPLACED

In the latest episode of Motion Pictures, myself and my co-host Carl Sweeney discuss the recent Netflix documentary The Social Dilemma, as part of a broader discussion about social media in our lives.

END_OF_DOCUMENT_TOKEN_TO_BE_REPLACED

Horrified is a new kid on the block but is producing some fine work in the realm of British horror, both in terms of analysis and original fiction.

An aim of mine eventually is to break back into fiction. I started online writing fan fiction scripts and I have dabbled privately in prose, plus last year winning a local Birmingham competition for a story I wrote called ‘The Coin on the Rea’ (later turned, last Halloween, into a short audio drama), but this is the first piece I have ever published online, and I am grateful to Horrified for the opportunity.